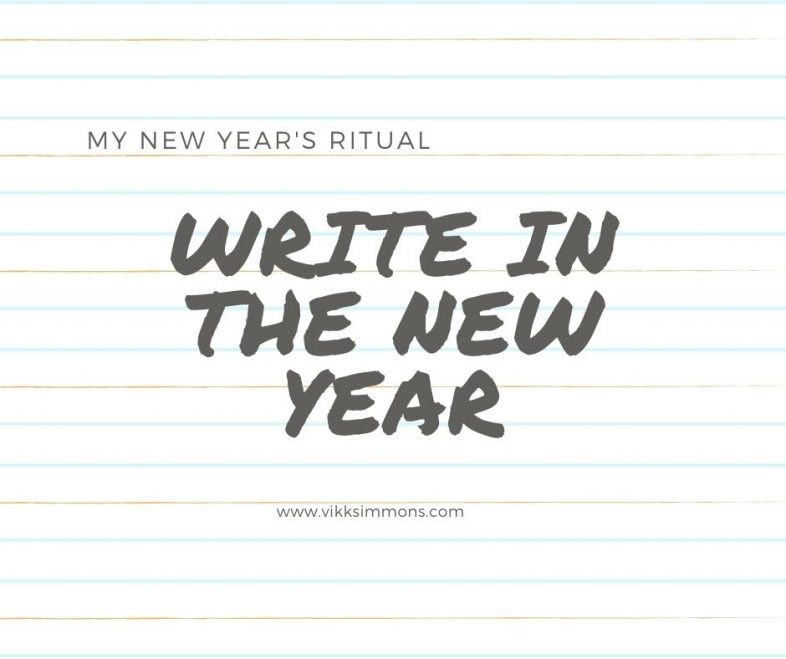 How My Writing Ritual Establishes the New Year’s Dauntless Enthusiasm

What writer doesn’t love writing rituals? They are creative habits that inspire, motivate, and cultivate the very act that defines them. Rituals help build a fortress that allows the writer to inhabit the fictive world they are creating or fall into the rapid stream of words that spill onto the page.

Ritual—”a sequence of activities involving gestures, words, actions, or objects, performed in a sequestered place and according to a set sequence.” ~ Wikipedia

Many famous writers have embraced rituals

You may have heard of James Joyce and his penchant for writing while lying flat on his stomach. For some reason, the words flowed more easily. Wouldn’t work for me, but it definitely did for him. Prefer to stand when writing? You’re in good company. None other than Ernest Hemingway spent his early morning hours standing at a typewriter, writing away. Then there’s Stephen King, who, for decades, wrote daily to the tune of 2,000 words.

What is my annual New Year’s writing ritual?

Over the years, I’ve developed my own writing rituals. Among them, my favorite has to be writing in the new year. Where do you find motivation or inspiration? Do you wait for it? Maybe you look for it? Perhaps you might try creating it.

The root of this practice goes back to family tradition

My grandparents came to the United States from Scotland back in the early 1920s, and with them came their holiday rituals. One was the annual practice “first footing.” Every New Year’s Eve, my grandmother insisted that my grandfather stand outside with a brown paper bag loaded with a can of Morton’s salt, a loaf of bread, a coin, a lump of coal, a candle, and a match. He would be the first to knock on the door and cross the family threshold carrying good luck into the home.

It was good that he had black hair, for Scottish tradition insisted that it always be a dark-haired man. No blondes or reds allowed. My mother followed the same tradition, and my dad would carry his bag of good luck out the door and have a smoke while he waited for the clock to strike twelve. Then, he’d knock, and inside the house, he’d go. I followed suit.

The birth of a new writing ritual and a new tradition

As the years rolled by, I’ve gradually given birth to a new ritual. It’s grown like a snowball, and today it consists of two parts: New Year’s Eve and New Year’s Day. From the concept behind “first footing” came the idea to begin the new year by bringing in “prosperity, food, flavor, warmth and good cheer,” or all things good combined with the things I learned as a practicing journal instructor and writer, I slowly developed my own idea of how I would greet the new year with warmth, good cheer, and an abundance of anticipation, coupled with a creative force that would launch with action that would carry me through the new year.

How my writing ritual welcomes and marshals the new year

Like the ghosts in A Christmas Carol, I visit the past, survey the present, and imagine the year to come. I begin the process with reflective writing and end with descriptive, imaginative writing. Although I think doing this as an annual exercise over the New Year’s Eve and New Year’s Day time frame, performing this ritual at the beginning of any new project or venture or time frame will work. 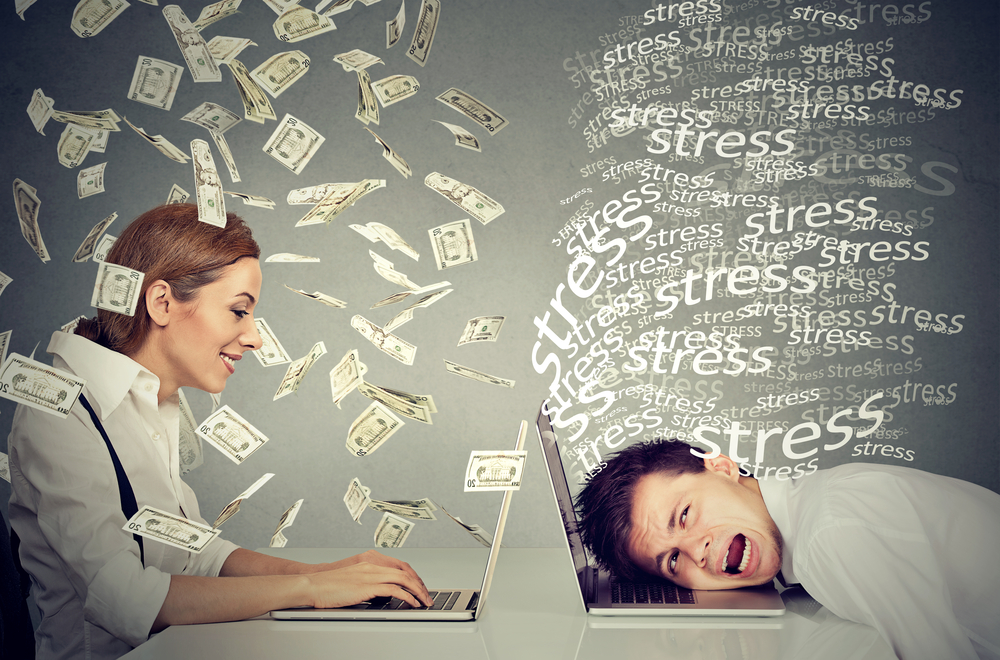 How I use reflective writing to begin my writing ritual

New Year’s Eve begins and ends with reflective writing, where I consider my writing journey over the past year. Often memories and stray thoughts come forward. I may sit with this image or that thought and ask myself some questions as basic as what happened and how I feel about it now to whether I attach any meaning to it now. Sometimes my reflection might lead to a change in goals or avenues I might pursue. Essentially, I take up the pen and write the year out on paper as a freewriting exercise.

Do I sit at the computer all day and all night long? No. I tend to leave the file open and often get up and do other things and return when a thought or memory prompts me. The exercise is meant to help me gain clarity about the year passing and prepare me for the next writing stage in the new year.

Writing about the future harnesses the power of visualization

I welcome the new year. I wake up and greet the new year with energy, excitement, and creative expression. After a day of reflection, I am energized with a better grasp of where I was, where I am, and where I want to be. Most importantly, I wake up wanting to write.

Every new year I immediately have something to say and share. This year I woke up and felt a compulsion to share how I kickstart the new year. I’m a writer and feel it’s only natural that the urge to write should not only be felt on this day but acted upon. It’s not enough to feel like writing. It’s necessary to write, take action, set the stage and the tone for the rest of the days to follow.

How do you see the new year unfolding?

If you start the day wanting to explore the new year, you might begin with a burst of freewriting that unleashes everything that is crowding your mind and clamoring to get out. Once that’s spent, step away, allow yourself to settle, and then begin visualizing the new year. Think about the kind of writer you want to be. Not just whether you’re a fiction writer or a blogger, or a storyteller, but consider your internal landscape.

Consider how you’ve been feeling about the writing process. Have you felt constrained, knotted inside, or are you relaxed and expansive and writing a river of words? How do you want to feel when you write? Maybe your internal metaphor is working against you?* If you’re feeling pressure always working against time constraints, perhaps it’s affecting your writing. Change that image to one that is open, flowing, and growing. Write about that writer and what that writer wants for the new year. That writer will energize you and help you become a more powerful, creative writer.

*Resource:
To learn more about the power of internal metaphors, go here. 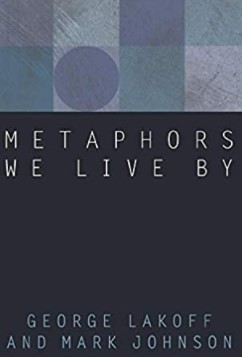 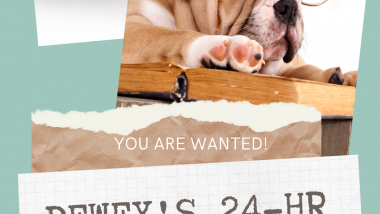 Dewey’s Readathon – Love to Read? Share Your Passion and Join a 24-hour readathon 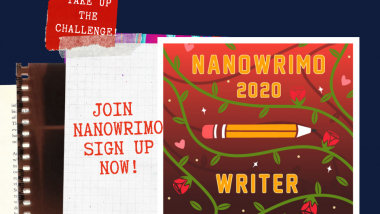 Be Happy or Prepare to Die 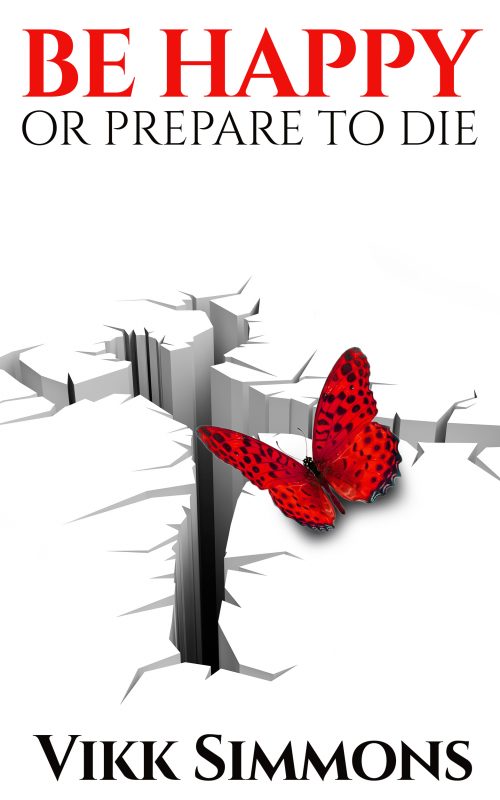 Finding joy in the midst of darkness is a beautiful thing to do. I had to dig deep within myself but I truly believe it saved my life. What happened, what I learned, and how I ultimately found joy is all I have to offer in the hope that it may help you or someone you know and love. It's important to be happy. Your life depends on it. 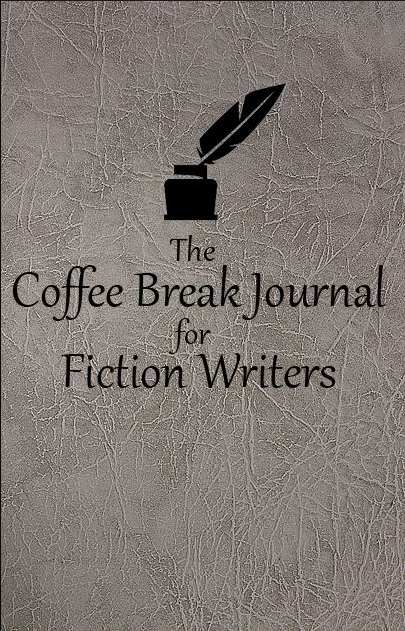 Writers have been talking to themselves within the pages of their journals for years. Whether you are dialoguing with a character, describing an inner landscape, or free-writing your way to a daily word count bonanza, journals can be a writer's best friend to capture and hold those moments. 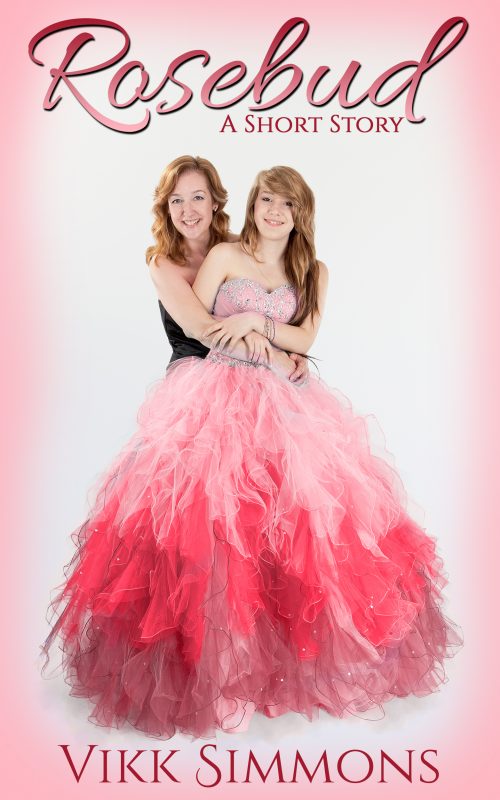 Carla's husband has died, leaving her to provide for her two teenage children. Her daughter is to attend her first prom. How will Carla make a dream come true for her daughter?

ROSEBUD: A SHORT STORY is the perfect coffeebreak or lunch break read — a story for the modern reader about love and love for family. (FREE in Kindle Unlimited.)

All That Legal Stuff 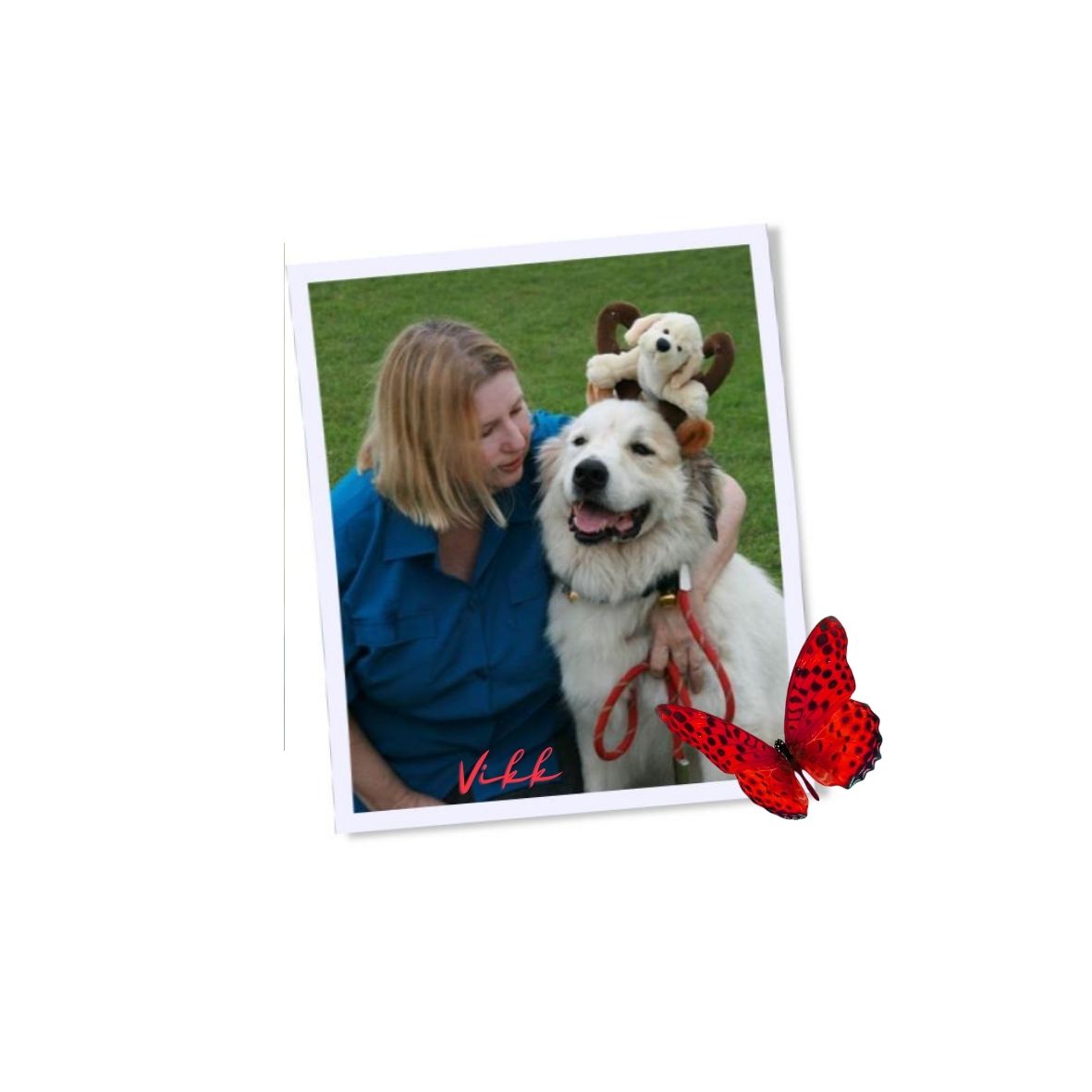 Vikk Simmons is a participant in the Amazon Services LLC Associates Program, an affiliate advertising program designed to provide a means for sites to earn advertising fees by advertising and linking to amazon.com and other programs.